What the Story of the Golden Buddha Can Teach Us 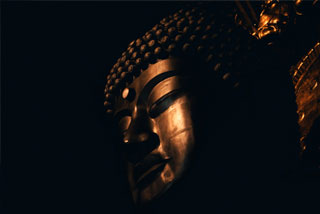 Over 300 years ago, monks in a monastery in Thailand (then known as Siam) found out their country was about to be attacked by the Burmese army. These monks were looking after a wondrous treasure, a golden Buddha statue that stood 3 meters tall and weighed 5,5 tonnes.

Fearing that the Burmese would loot the statue, the monks decided to cover the Golden Buddha in a thick, hard layer of plaster to conceal its real value.   When the invading army arrived, the monks were sadly killed, but the Buddha was ignored as it was considered worthless.

The secret of the Golden Buddha remained unrevealed until 1955 when it was relocated to another monastery. As the statue was being lifted from its pedestal, the ropes used in the process broke and the statue fell hard onto the ground. At that moment, some of the plaster coating chipped off and the golden surface of the Buddha started to shine through.

Once all the coating was removed, it was realised that the statue was not just made of solid gold (hence the weight), but that that it consisted of nine parts that fit smoothly together and could be disassembled using a key that was encased in plaster at the base of the statue. Once again, the statue could be admired by the world.

How amazing is that?

Now, you might be wondering what this has got to do with you. Well, imagine that the Golden Buddha represents your true, radiant self, all the greatness that exists inside you. The plaster coating, again, symbolises the walls that you may have built around you over the years, comprising all the wounds, hurts, disappointments, anger, old patterns, and past failures that you have experienced.

What would happen if you started to chisel away those walls and healed the wounds and the old patterns?

Would it not be awesome to re-connect with that true radiant self, your greatness, that has always been there, inside you, although you may have been hiding it?

You hold enormous insight and healing powers within you!

With the Feminine Revered program, you will tap into your divine feminine wisdom, heal wounds that are holding you back and learn to lead from an authentic place of feminine power.

Your healing journey takes you through three pathways designed to rebirth your sacred self, awaken your innate radiance and embrace your feminine strengths.

Does this resonate with you? You can find out more about the program at Femininerevered.com or by scheduling a free, 30-minute Discovery Session with me here: Work With Me.

This website uses cookies to improve your experience while you navigate through the website. Out of these, the cookies that are categorized as necessary are stored on your browser as they are essential for the working of basic functionalities of the website. We also use third-party cookies that help us analyze and understand how you use this website. These cookies will be stored in your browser only with your consent. You also have the option to opt-out of these cookies. But opting out of some of these cookies may affect your browsing experience.
Necessary Always Enabled
Necessary cookies are absolutely essential for the website to function properly. This category only includes cookies that ensures basic functionalities and security features of the website. These cookies do not store any personal information.
Non-necessary
Any cookies that may not be particularly necessary for the website to function and is used specifically to collect user personal data via analytics, ads, other embedded contents are termed as non-necessary cookies. It is mandatory to procure user consent prior to running these cookies on your website.
SAVE & ACCEPT